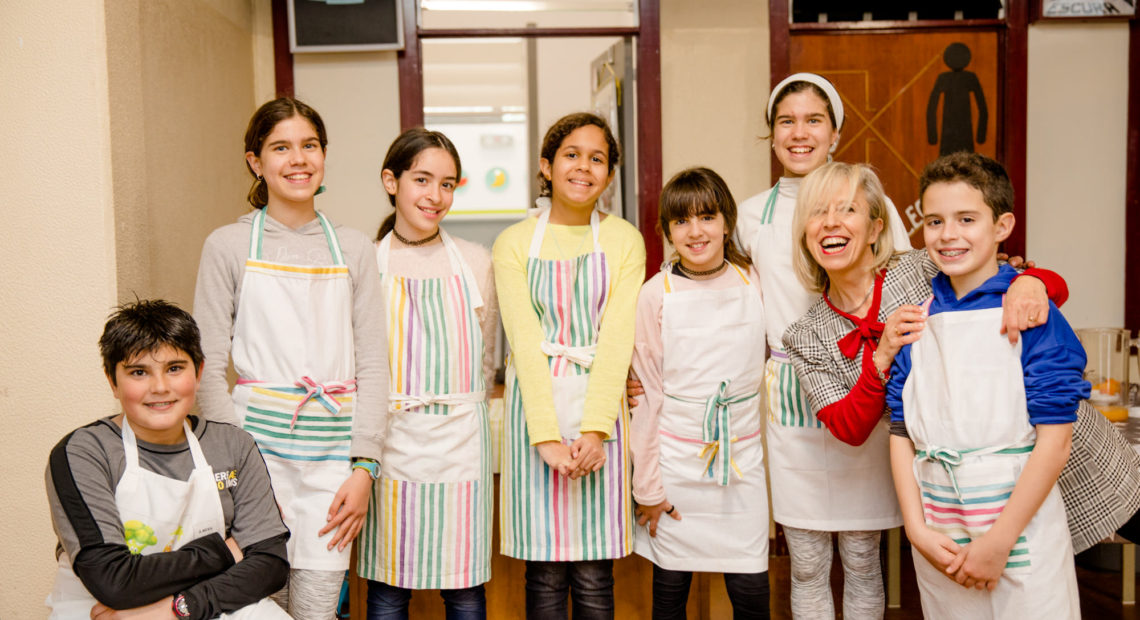 In 2017, at one of those long school lunches in the cafeteria, the school coordinator asked if there was anyone with project ideas for the coming year. And I said yes. I had not even planned anything, but it was a kind of epiphany, and a minute later I declared, “I want to do a food education project.” Three days later I put the draft of the thing on her desk. I called it “Cooking is cool!”… But soon I changed my mind… because there was not going to be any cooking! “At The Table” seemed a lot more global to me – what do we put on the table? Where does it come from? How? Why should we sit down at the table? With whom do we sit at the table? 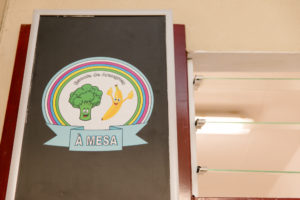 At the time, I had some preconceived ideas about what I wanted to do – a project that could support colleagues in the food activity (surveys, contacts – I was in the library at the time), and a club with students, if there were subscriptions. In the club, we would study basic aspects of a healthy and balanced diet, analyze labels, go on study visits, invite people with experience in the area, both as students and as makers. And there we would have, occasionally, a hands-on approach, because we would have to turn the classroom into a space where it would be possible to prepare easy things – salads, energy balls, dipping strawberries in dark chocolate, for instance. Everything bagged and brought from home. As for the knowledge, it was obtained from many sources, ending up taking a course on food at Stanford University. The students came to us, the Facebook page aimed at the school community, the Instagram aimed at the young followers, attendance at school events, the extension of the club’s principles to sustainability (we launched a successful campaign in favor of reusable bottles) and to zero waste, the invitation to represent the school through the project in conferences … and the physical space, an old photographic development club. During the summer, we have left many hours of work there in order to turn dark into light, and we have walked through the stores to buy more color. September arrived and we had the smallest cooking workshop space ever… and also the cutest and aromatic space in the school. The club grew, the team, the shifts. The difficulty? To take the little ones out of the space. In front of the library was the right place to investigate and work on food matters … but what they really like is doing things, looking at the oven in delight, garnishing the dishes, composing scenarios for the photos, washing the dishes. They are the (always) starving kings of the place. Do they learn less? Not really. The skills gained are in the eyes of those who observe them – to divide tasks, to weigh, to cut with concentration, to question about unknown foods or procedures, to send pictures of what they do at home. 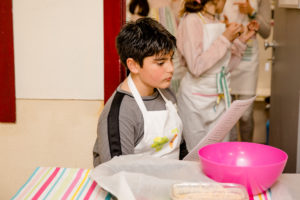 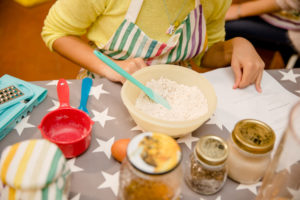 Sometimes I’m tired, the effort is high… but then I just watch them … and it all goes away. 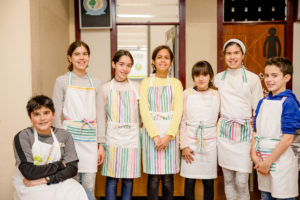 Mother where is our little dog?