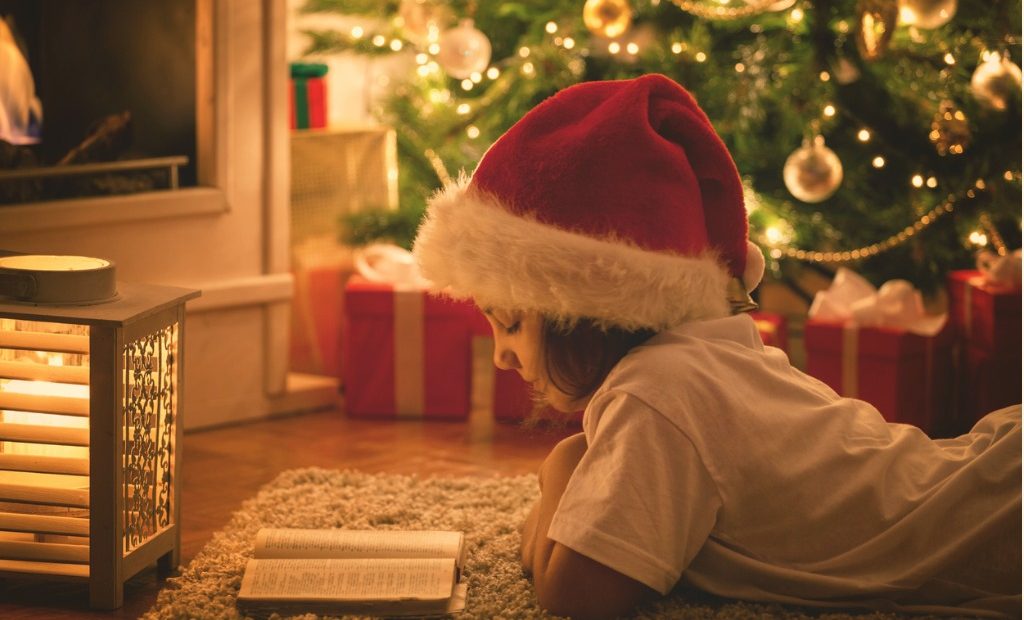 After launching the challenge at home, we decided to count down to Christmas without chocolates, only with small gestures that warm our hearts, to those who are near or far.

Choosing a Christmas Tale or Story I called my “troupe” into the living room.

We sat down in cushions, I spread all our books on the floor.

Which is your favorite?

We were leafing through the stories when Quico yelled enthusiastically, – “I read a very funny text about Christmas at school!”

The Adventure of Christmas

“Christmas in my house is always an adventure because my parents, when they were our age, read a story that said that ‘Christmas is whenever a man wants’ and they believed it.

” And they never forgot it. Then there was a time when in our house Christmas was in March, sometimes in August, that is – as my father said: “When my pockets are less empty.”

At first it was a funny adventure and in the early days of each year, my sister and I even made bets to see on what date it might be Christmas.

But with the school, the adventure began to stop being fun.

At the end of the holiday the colleagues asked:

– What did they give you for Christmas? And my sister and I would answer: “It’s not Christmas at our house yet…” And they burst out laughing and called us geeks. Until one day the teacher called my mother and, with a serious air, asked her if we were in economic trouble.

I remember her having entered the house furious, protesting against these people who have no imagination! And from then on Christmas was the same day as in the house of our colleagues.No more adventure.

Now the adventure is, throughout the month of December, to see if we discover where the gifts are hidden.

But this year I’m worried because I’ve only heard of crisis. I do not even know exactly what it is, but all my colleagues say that their parents do not talk about anything else either.

Maybe this time we could celebrate Christmas some other time. I’ll talk about this with my dad. From man to man. And explain to him that, with crisis or without crisis, adventure is always adventure. He will understand. ”

🖤 M a d a l e n a #firstsolocompetition #rhytm

M a d a l e n a* #ginasticaritmica #rhythmicgymnas