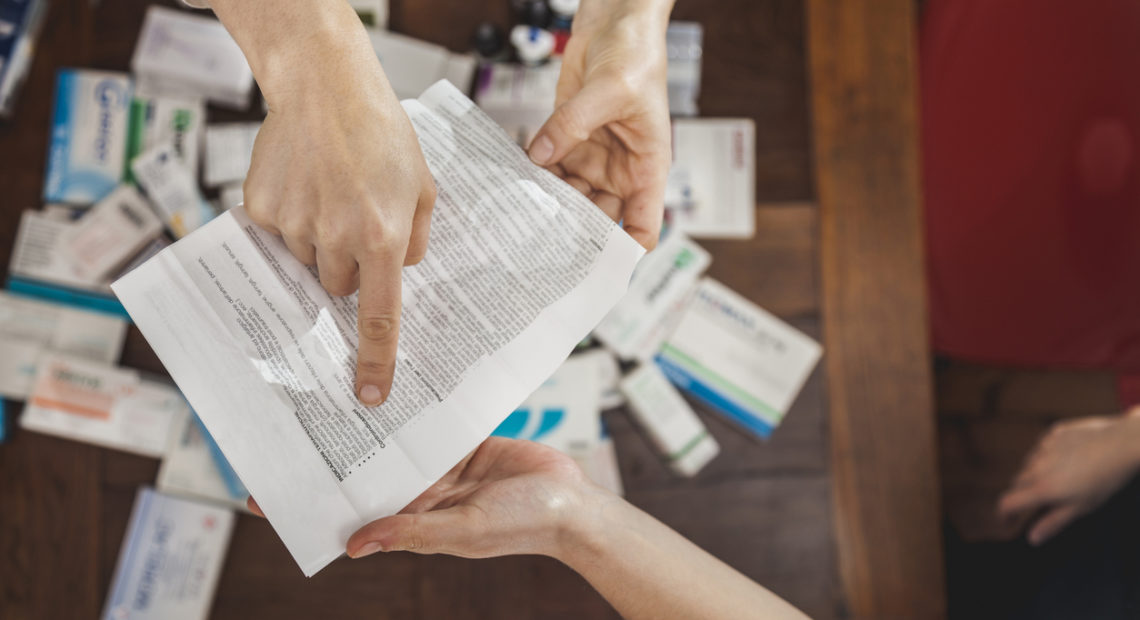 Dona Josefa approaches the counter where I stand and, with a fluid gesture, places a medicine bottle in front of her as she gives me a “good morning.”

“Look, I was here this morning to pick up the prescription the doctor gave me, but this medication must have been mistaken.”

I look down at the packaging that I immediately recognize as tamsulosin. Although not properly dignified, I cannot help but smile.

First of all, it is important to confirm everything well. I search and find the lady’s prescription, I confirm the name of the patient and the name of the doctor, as well as the diagnosis that had been made: “kidney stones”.

“I’m glad I opened it before I took it … This says here it’s for the prostate!” She says as she takes the package leaflet out of the box and shows it as posing irrefutable evidence in the face of a criminal.

First of all, this situation should have happened soon after the medicine was given out. It is at this point that clarifications and possible misunderstandings must be clarified. Because of my failure, I apologized to the lady. Sometimes it happens that we do not even think that the person may not have been instructed by the doctor, and we forget to ask.

But as soon as that was settled, I was finally able to explain to the lady what an off-label prescription was.

Placing a medicine on the market is complicated. The duration and cost of the required clinical trials is a significant undertaking. This is why the medicines are so expensive, especially in the beginning, when the company is trying to recover the money invested in all studies and developments. These clinical studies are designed to prove the effect on a particular disease and not on all possible ones because the higher the ambitions of a clinical trial, the greater the accuracy required, and the greater the cost involved.

But medicines have side effects: literally, effects that occur beyond what is usually desired, and which demonstrate that the molecule acts at various levels in our body and that despite being recorded as side effects, have not been actively tested as treatments for other diseases.

I did not want to talk only about economic problems in this health issue … but the truth is that the two things cannot be separated and to be hiding the influence that the economy has (and indeed has!) On these subjects is also to be to oversimplify the subject and close the eyes to the real problems that have to be addressed.

Despite this, I will hardly be the best person to give a good perspective of what goes on in the pharmaceutical economy…

The point I wanted to get is simple:

“I’m not aware of anything!”, exclaims Dona Josefa, clearly tired of such long explanation and so little relevant information.

When the doctor prescribed the medicine to the prostate, he had full notion that it was not part of the usual use. Despite this, based on some evidence and his clinical practice, he chose the drug specifically for his situation because he knows that it will help to improve his particular problem.

This has many advantages!

However, not everything is positive…

Doctors are the most appropriate professionals to make these decisions, and have the legal possibility of doing so, with proper authorization. As we have seen, it is important that they do so, both for medicine in general and for the particular patient. But it is also something that has to be properly regulated to be done in the safest way. Usually this is done by reporting the uses of off-label medication to pharmacovigilance units that record and compile information to produce new and better knowledge based on practice.

“So what my pharmacist is telling me …” concludes Dona Josefa. “I just grew a prostate, and now I have to take it because it’s the prostate that’s blocking my kidney stones?” “…

Yes,” I say, giving up. “Yes, that’s right. Take the medicine and it will get better. If you want more clarification, you already know that you can consult your doctor or pharmacist.”

YOUR MEDICATION IS UNAVAILABLE AT THE MOMENT TRY AGAIN LATER