I’ve been a mom for twenty-four… years.

It’s like when we start walking. Once you get past the more challenging initial phase of standing up without losing your balance, from the moment we take the first step forward, nothing ever stops us. Falling and getting up are part of learning. After a while, we risk a little run and even dare to climb a sofa.

When Du was born I was just a girl, and even though the years passed, I confess that learning is continuous and filled with all the doubts that are intrinsic to being a mother or father. I am often assaulted by one: “What now?”

And the whole experience of these challenges has been a precious help with my stepladder (Quico, Tete and Mada).

If I was allowed everybody to offer advice when Du was born, when I started the second, third and fourth round, I was already prepared and posted in a visible place the following warning: “no advice allowed”. I followed that rule of listening and obeying nothing.

If by ignorance and insecurity I could not breastfeed my first baby, with the others I actively sought only the advice with which I identified myself, I learned to trust my instincts and especially the superpowers of my milk. Another precious rule that I have learned and I have almost always present: the education of the children depends on the mental health of the mother. So it is not worth treating the first one without taking care of the second.

The early years of my son Du’s school were also my debut in school.

They taught me that we are all born and raised differently, with different talents, and that value is indeed in diversity. However, a few years ago there were still few people thinking this. When I realized that there are mentalities that cannot be changed, I took a deep breath, filled myself with strength, and took the first step: I looked for those who shared the same vision and could help me outline a plan for success. I could have spent time blaming the education system, the minister and the teachers, I could, but I chose to look for the best help and support needed for each step to overcome. There are some things that work out on their own, but others need help here and there – in chemistry, they need a catalyst.

Conclusion? Just as we do not all start walking at the same time, each has their learning pace – so what?

Now I ask: Has our mentality changed since then? I think phrases such as “he/she is the most behind in the class” or “will not learn to read like the others,” should no longer be heard (as much!) from the mouth of a teacher or educator.

It is better to deal with differences, inclusion is also fashionable, but I also know that there is still much to be done. Apparently, all differences are only superficial.

I just hope people keep asking if we’re siblings, because being a mother and looking like a girl is great.;) 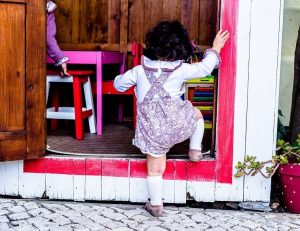 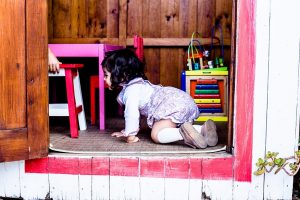 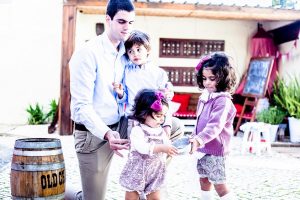