Milligrams of pampering and antibiotics

Rosa puts her bag on the counter and lets out a sigh, “finally home!”

Miguel was born at 31 weeks and was admitted to the Neonatal Intensive Care Unit “to gain muscle,” his father said playfully. Rosa spent the days in the hospital next to her son waiting for Miguel to get “super powers” so that she could take him home. We had news of the baby when his father stopped at the pharmacy on the way home.

Seven years later, Miguel was hospitalized half a dozen days in the pediatric surgery, “sorting out things of his age”, according to his father. 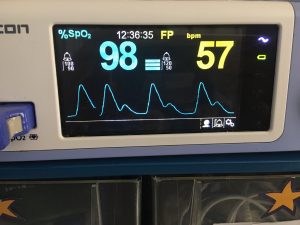 I asked about the boy and she answered as if she had an urgency to throw out the words stuck in her throat:

“Luisa, when I saw Miguel sleeping in the recovery unit, I do not know if I felt a tightness in my heart or the lack of it”.

After swallowing the emotion, she continues:

“It was like reliving the first days of Miguel’s life.”

I squeezed her hand lightly and held the prescription.

“Rosa, it’s over, now you all need a good portion of patience, pampering, and to follow the recommended hospital care.”

In addition to paracetamol, the doctor also prescribed an antibiotic.

I went to get the medicines, put the boxes on the counter and started by talking about the antibiotic:

“Miguel will take this medication to treat the infection caused by bacteria, he should take the indicated amount respecting the time of the takings.”

“Luisa when my child feels better can he stop taking it?”

“Rosa, he must do the treatment during the whole period indicated by the doctor, do not stop giving the antibiotic to Miguel because there is the risk that the infection might worsen and reduce the effectiveness of the drug.”

What do I do if I have antibiotics left over?

Do not save it for another occasion because each situation is different, come and drop it on the pharmacy.

Nor should you share antibiotics with other people for the same reason, the neighbor should only ask for a sprig of parsley!

Always remember that we should only take antibiotics when prescribed by the doctor. While I put the labels with the amount and timing of the takings on the boxes of each drug, Rosa continued to talk:

“I sometimes hear the news of resistant bacteria, does this have to do with antibiotics?”

I nodded and explained that the misuse of antibiotics is one of the causes of the emergence of resistant bacteria, because when they are not needed it causes bacteria to develop mechanisms that neutralize the effect of the drug. Over time infections become more difficult to treat or even without effective treatment.

We should not push the doctor to prescribe antibiotics and the pharmacist to sell them without a prescription.

Thus, between words and a “milligrams of mime” Rosa went home lighter. If in doubt consult your pharmacist 😉

MY SON STAYED ONE MORE YEAR IN PRE-SCHOOL

Mother where is our little dog?