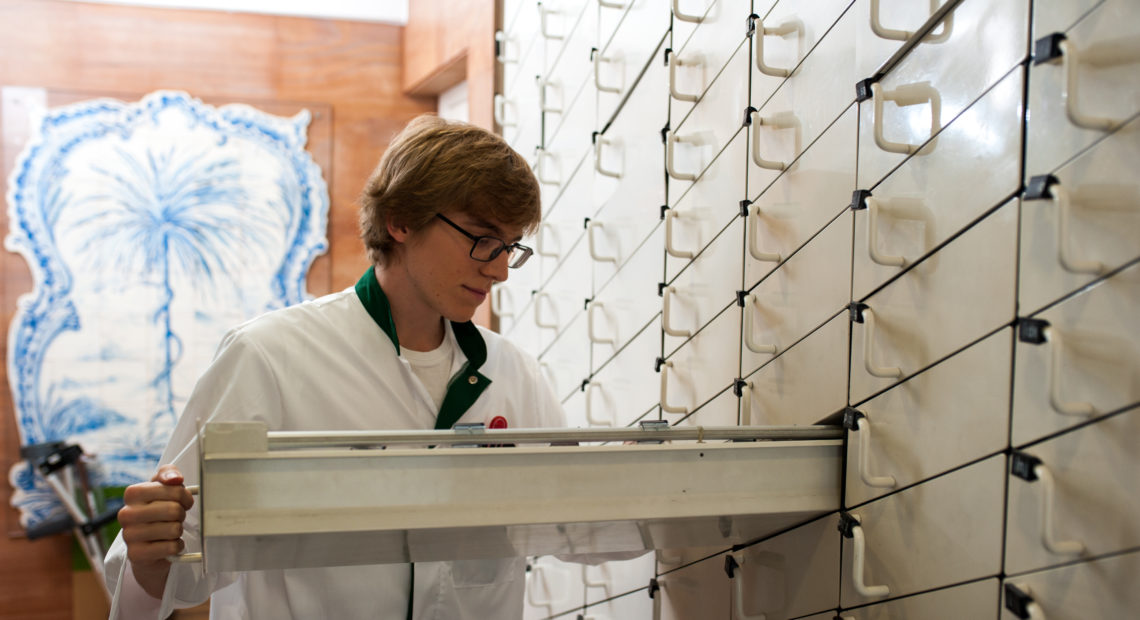 I’ve got such a heartburn…

In the wake of the football scandals, it is common for people to come in and ask for something for heartburn. When the cause is purely emotional, there is little to do in terms of counseling, besides promising to zeal over better goals in the next game and to give the anti-acid friend that, at least, comforts the belly; but sometimes the cause is not just from the heart, and there is something else that we must do.

It is a consequence of what is called “gastroesophageal reflux”.

Fancy words to describe the stomach juices climbing up the tube above. As we all know, our stomach produces acid (namely, hydrochloric), which is necessary to digest everything and anything thanks to its acidity. Since this organ is an authentic chemical reactor, you need to have your walls well coated against all this acidity, so that the acid does not corrode them, too!

However, the conduit leading the food to the reactor is no longer coated by this protective mucus.

It is from here that heartburn pain derives. Behold, as the liquid in the stomach is too strong, or too agitated, it rises up the esophagus, effectively digesting (just a little!) the esophagus walls.

And this is painful. In addition, since there is no longer any “valve” between the opening of the stomach and the mouth, sometimes we get a sour taste in the mouth!

Another funny consequence (which is no joke, as I have been told by the customers to whom I have tried to explain this… ups) is that the vapors coming from the acid in the esophagus are enough to irritate the vocal cords (in the larynx, which is right next to it), which become inflamed and provoke cough and hoarseness.

One more interesting fact: the pain often occurs right behind the sternum, and so it may seem that the heart is burning (hence the English term heartburn).

“But what good is it for me to know all this, if it’s enough to know what to take when it happens?!”

It’s good because, depending on the heartburn cause, its duration and intensity, the measures to be taken may vary slightly. However, regardless of the variations, there are some pharmacological and non-pharmacological measures that help to treat the problem, so we start with anamnesis (another fancy word that means extorting information from the customer until he tells us all the blunders he does).

Blunder – Alcohol relaxes the valve between the stomach and the esophagus, and makes the acid rise more easily.

“I really like those cod and potato pasties, but I never eat many…”

Lie. And blunder. – Fatty foods cause the stomach to empty more slowly, which increases the likelihood of reflux.

“I know that when I eat X (chocolate, pepper, oranges, or anything else), I get it…”

*pokerface* So, avoid it. You can eat it once in a while, but be sure to take an anti-acid next.

“This happens mostly when I go to bed straight after dinner.”

Blunder. “What happens to a glass full of acid when we put it down?” Right.

A lighter dinner, waiting two hours before going to sleep, and placing cushions in order to raise the whole torso (and not only the head, because that’s not where the stomach of most people is, other than Mr. Zé) are measures that help decrease the intensity of night time heartburn.

These are the measures that can be taken by everyone when they have heartburn. There are some more particular situations that can only be discussed on a case-by-case basis: physical exercise, medication and obesity are some of the factors that can also lead to such episodes, but they must be managed individually.

“I’m already tired of listening to you, man! Give me the damn medicine!

“Well, then there are essentially three classes of medication: anti-acids (AA); the H2 antagonists (AH2); and proton pump inhibitors (PPIs).

– AA are those to which anyone should go initially. They are alkali metal salts, which work by neutralizing stomach acid, just like a chemical reaction that we learn in the 8th grade.

– AH2 prevents the stomach from receiving the “hormonal order” to produce more acid. They are usually more effective than the anti-acid and their action lasts longer. However, they also have several side effects and many interactions with other medicines. They have been less used lately because of…

– PPI that inhibit the production of acid by the stomach directly (the proton pump is like an acid pump). These medicines are quite potent and quite safe in terms of interactions and side effec…

“Wait just a second! So, didn’t I hear on the television the other day that they were withdrawing all the oméprazóis and whatnot? “

I was getting there. These PPIs are those medicines, such as omeprazole (and others with a similar termination), which have had a reevaluation of their use recently. That is, it has been found that although they are very safe and with few side effects, in the long run these effects accumulate and may generate some complications that are undesirable and preventable if we maintain a more regulated use of these PPIs.

In the same situation as always: medicines exist to be taken wisely. Heartburn is usually a condition treatable at the pharmacy with an antacid, an AH2, or an over-the-counter PPI, but it makes sense to investigate possible causes that can be solved with measures like the ones we talked about earlier.

“And what will you advise me?”

For that, stop watching the game that makes you sick to the stomach and consult your pharmacist 😉

IMPORTANT: Heartburn can be a symptom of a more serious condition. If it is occurring very often (more than two or three times a week, with considerable intensity), then it is advisable to see a doctor so that the cause can be investigated.

Note to the reader: This text has a humorous tone and, obviously, does not intend to simulate a true assistance at the counter. Empathy and a careful assessment of the case (in human and scientific factors) is what has to prevail in a real situation, rather than sarcasm and easy jokes.

If you step on a spider fish… how to treat the sting?