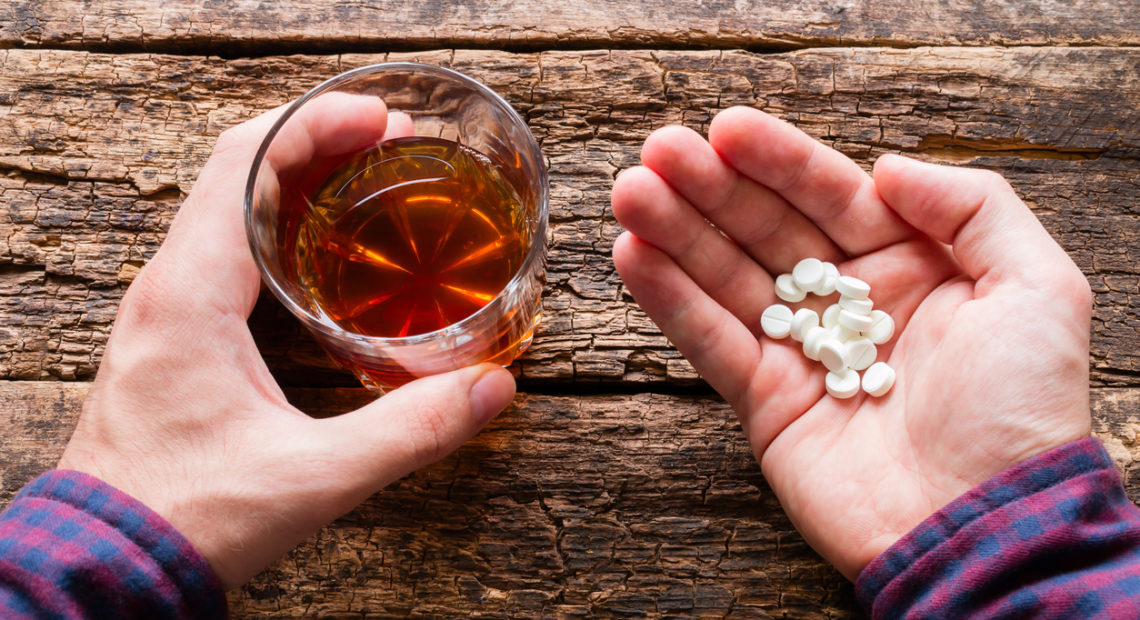 The other day I found myself being a pharmacist away from the counter (okay, it’s not like it was the first time, but anyway, it presented itself as a paradigmatic situation that many people must have gone through): a friend was taking antibiotics for a respiratory infection at that time, he also had a birthday party that he could not miss, so he asked me, “Is it really true that I cannot drink alcohol while I’m taking medicine?”

As we can guess, the answer is not simple, but the conclusion will be.

Alcohol (ethanol, in this case) has several effects on the body, but we can consider as “major” those that occur in the liver, kidneys and central nervous system.

In the liver: Ethanol is processed primarily in the liver into acetaldehyde and later into acetate. Acetate can be used to produce energy. For now, let’s keep in mind that when we drink alcohol our liver gets busy in this process.

In the kidneys: in an unscientific way, let’s agree that alcohol “confuses” our body about the amount of water and salts it actually has. So we go more often to the bathroom and we are very prone to dehydration. This dehydration is also the cause of hangover headaches.

Well, we’ve talked about the effect of alcohol on the body. So what about medicines? As everyone knows, there is no panacea for everything, so each medicine will have its effects on preferred systems. This way, there are medicines that will be little affected by their consumption with alcohol, and others that will be very affected.

– The vast majority of medicines are processed in the liver. If the liver is occupied with alcohol, it may take extra time to metabolize them. There is also the strange possibility that some medicines will be metabolized faster than usual thanks to the presence of ethanol.

This means that the dosage of medication becomes higher or lower for more or less time than expected, to the detriment of the effect (imagine that you have an antihistamine in the body for an extra time and, as a result, you spend the whole day half asleep, or an antibiotic that is metabolized too fast and because of that does not have enough time to act on the bacteria).

– Some medications are closely related to the balance of minerals and water in our body. These include anti-hypertensives, for example. Changes in kidney function may alter the effect of these medicines.

There are many diseases that require medication to “depress” the central nervous system. Diseases such as schizophrenia or even insomnia require medicines that are already depressing in themselves. The addition of alcohol enhances this effect, which is extremely dangerous, because dangerous levels can be quickly reached, thus increasing the possibility of respiratory arrest or even coma.

Once all these effects have been summed up, we can quickly realize that mixing medicines and alcohol is not a good idea. However, this is not completely prohibited.

First of all, investigate the type of medicine you are taking.

Many of them have indications of their interaction with alcohol right in the package leaflet. Some will be (relatively) indifferent, others may be moderately influenced by consumption, and there are also many that are in fact dangerous to be mixed. Read the package leaflet.

Guide yourself by common sense.

But remember all the possible effects that we have been talking about and keep in mind that the higher the dosage, the greater the likelihood of them occurring.

In my friend’s case, the medicine was a particular antibiotic that had little interaction with alcohol, as I checked. Given the type of “party” he referred to, as well as the state of health in which he was, I made the following reasoning:

– The medicine does not interact much with alcohol, so it is possible to drink a little without having bigger problems.

– The state of health in which he finds himself requires rest and hydration, and his breathing is disturbing.

– The party will easily lead to excessive alcohol consumption if serious measures are not imposed.

So I “authorized” him to have a glass of champagne to celebrate his birthday. Only that one. After all, we were celebrating to his health…

If in doubt, ask your family pharmacist 😉