Backpacking is bringing souvenirs and…

Today I traveled by Inter-rail, and for some moments “I set foot” in the movie ‘Before Sunrise’.

A young couple came to the pharmacy early in the morning, looking for some advice… How I wish I had taken such a trip.

He came in first, seconds later she arrived. They had backpacks on their backs, and even though the letters were almost gone, I could still read the phrase printed on the front pocket: I love eco trips.

He took off his rust-colored cap from his head, letting his curls bounce like dozens of springs

She began to speak as she tucked the huge red hair strands behind her ears, revealing the cheekbones dotted with tiny freckles.

They had arrived a half-dozen days ago from a trip to some cities in Europe: Paris, Amsterdam, Berlin, and Brussels. 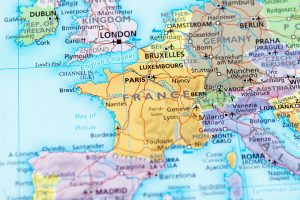 They ran over each other in their words and in their laughter, such was the enthusiasm they placed in telling the adventures lived in that month. They were in love with each other.In Barcelona, ​​they slept one night at the station because they lost the train connecting to Paris.

“Since we had a few hours ahead, I took out the guitar and started playing. A little while later, we were not just two anymore, but a group of twelve very cool people, “she said as she tapped the counter with the tips of her fingers as if to set the tempo for a song.

In addition to sleeping on the train, they stayed a few times in hostels and bed and breakfast places.

But it was He who began to explain the reason for the desperate visit to the pharmacy:

– “I do not know if we were stung by an animal or if we are allergic to anything we ate on the trip. We have a lot of small pimples scattered across the chest. But the worst part is that it causes a lot of itching.”

It is a very contagious skin infestation caused by a mite, which is a very small parasite.

How is it transmitted?

Through contact between the skin of a person with scabies and the skin of a non-infested person. Contamination can also occur through contact with infested objects. They were probably infected by the parasite-infested bedding where they spent some of the nights during the trip. 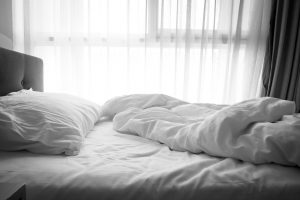 The main signs and symptoms of Scabies are:

Skin lesions: Small spots appear on various areas of the body (looking like bites); in the hands between the fingers, the armpits, the breasts and the trunk. In children it can reach the palms of the hand, the head and the soles of the feet.

Itching: It manifests itself intensely, especially at night.

How is the treatment done?

The treatment is done with the application of scabicidal drugs directly on the skin, to eliminate the parasite that causes the disease:

This application should be done after a warm water bath, except in the case of infants and children, who due to having an increased absorption at the skin level should skip this step;

• Should be applied all over the body, including elbows, armpits, genitalia, and under the nails, and let to dry.

It may be necessary to take an antihistamine to relieve the itching, avoiding undesirable scratches and subsequent secondary bacterial infection.

After treatment, itching and skin lesions may persist for a few weeks.

However, the patient ceases to be contagious.

WHAT CARE DO I NEED TO AVOID A REINFESTATION?

• Wash all clothing, cuddly toys, dolls and other objects that may be contaminated;

• Shoes and items that are not washable, place them in a sealed plastic bag for three days;

• Throw away creams, lotions, and deodorants used by the patient with scabies.

Given the form of transmission, scabies can spread easily in family settings, nursing homes and day care centers.

In the end they decided that for the next trip they will carry bed bags and coatings with them, avoiding a possible infestation.

They left the pharmacy informed and already thinking about the next inter-rail, and later in the evening I will watch that film again.

If in doubt speak to your pharmacist 😉