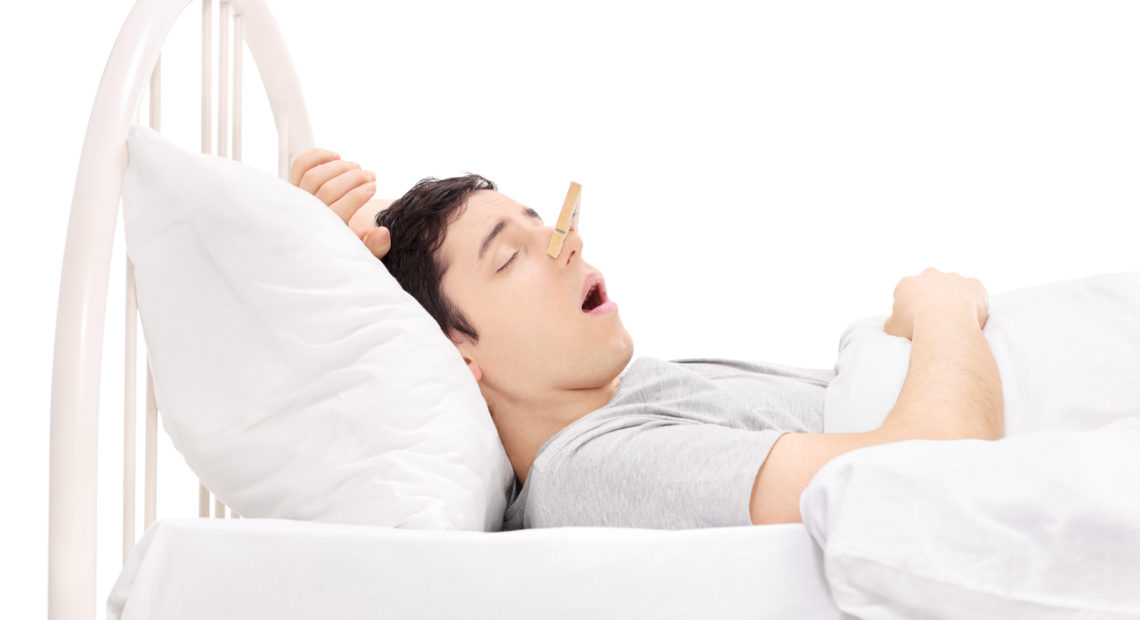 Pussyfooting around, there jumps up the question that someone really wants to be answered:

“Do not you have anything for snoring?”

I take a second glance at the man, trying to identify one of the risk factors (obesity) but it does not seem to be the case.

“Are you suffering from the problem?” (Usually, this comes out as a “Is it for you?”)

“It’s for my girlfriend.”

It is curious to see how such a simple thing is still associated with such a curious stigma. The man lowered his voice and then I associated it with the fact that the prescription that he was trying to get the pharmacist to fill not even being for him.

I made the story in my head: “Man sleeps badly since he started dating because the woman turns into a concrete mixer at night.

Man reaches some limit of his mental stability due to sleep deprivation, and makes up the first excuse that comes to his mind so that he can go to the pharmacy and try to get something that solves his problem… All this before sleep deprivation causes him to commit negligence in the nuclear power plant where he works, putting the whole world in danger and forcing the CIA to send his best agent…

– I do not know if the story I invented was or was not close to reality, but the service had to go on.

“There are several possible causes for this problem, and, therefore, not a single solution.”

The snoring occurs due to a difficulty in the passage of air during sleep. This obstruction may be sporadic and the snoring may last only a few days or weeks, or it may be chronic. It is this chronic snore that we are interested in dealing us with, because it is the one that transforms peaceful people into psychopaths.

We then began to identify risk factors that could be minimized: obesity, alcohol and sleeping pills, sleeping position. Another factor is the physiognomy of the face of the person: there are people who are simply cursed with a trumpet from hell.

What can be done?

Several things. Most of the time, the cure is not absolute, but almost all of these measures result in reduced vibrations and subsequent improvement of symptoms.

But there are other reasons for this obstruction that result from a relaxation of the soft palate (what separates the oral cavity from the nasal cavity). When the palate relaxes too much, it descends and clogs the larynx, provoking the most beautiful of the nocturnal symphonies – if these were harmonized by an epileptic rhinoceros.

In more severe cases, this relaxation of the palate can lead to obstructive sleep apnea, which due to the long periods of deoxygenation of the blood, may have long-term consequences.

In summary, there are some devices that may help decrease airway obstructions (nasal patches), and some non-pharmacological measures that may decrease the effect, such as sleeping sideways and getting an orthopedic mattress that prevents the soft palate from closing the glottis.

“But how do I tell my girlfriend that she has to make some changes?”

Ouch. Here’s the problem. When science encounters the confusion of interpersonal relationships, it ruins everything.”First, you have to recognize the problem. Snoring may seem like something humorous and minor. But often it is not: it is the source of physical and emotional stress on the snorer himself/herself and on those around them.

I hope everyone knows that quality sleep deprivation is no laughing matter. One night is no problem, but a month may turn out to be. ”

The only way to overcome such a problem is by talking about it, and seeking a compromise that will improve the health of both. Maybe this happens by scheduling an appointment with the otolaryngologists… or maybe you just need to get a pair of earplugs.

And you know, if there is any question to clarify or you need to find the best solution for yourself, consult your pharmacist 😉

Having a close relationship with anxiety